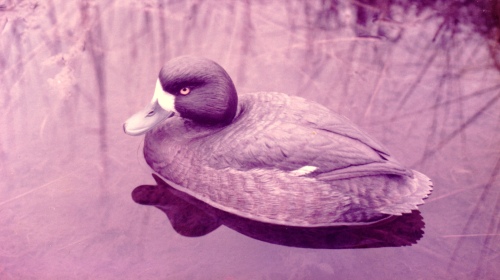 The Hen Broadbill above – poor color redition because the print is about 30 years old – is a “floating decorative” – wherein the carver tries to copy every detail of the live bird through carving, texturing and painting.   On one bird – also a Broadbill – I carved the entire tongue on the lower mandible and then closed the bill…. I learned a lot doing 3 or 4 birds in this style – but mostly I learned that it’s not for me.  Although I admire the accomplishment of those who carve floating decoratives, I have found that all the texturing and inserting of feathers takes the fun out of the process for me. 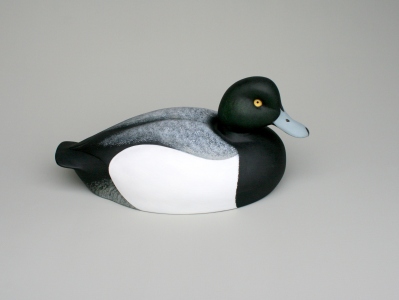 This Drake Broadbill is a hollow gunner, carved from White Pine.  It got a ballasted keel after this photo was taken.  The back is stippled – instead of combed – to imitate the boldly vermiculated, black-and-white herringbone pattern – a look that never fails to excite my eye up close. 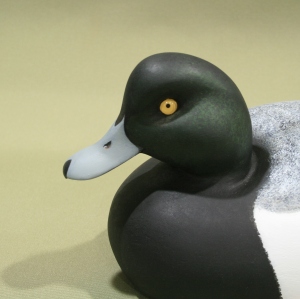 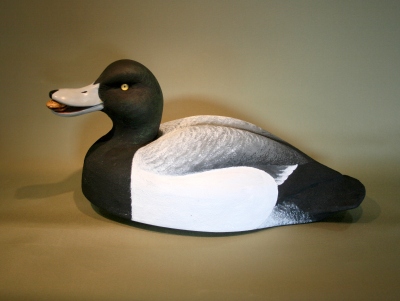 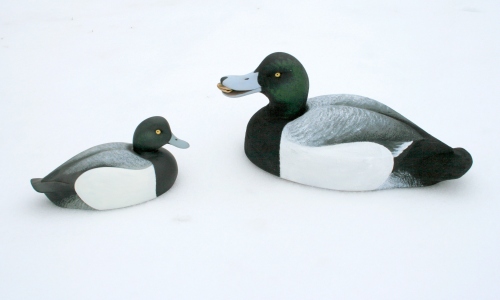 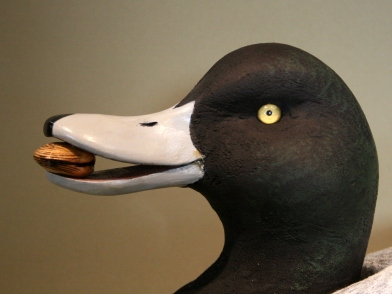 This Drake Feeder – I always wanted to carve one with a Little Neck (smaller hard clam) ‘twixt its jaws – was made to be the lead bird in a trawl.  Its body is, I think, 21 inches long.  The idea is that it takes lots of floatation to resist the pull of the lead anchor.  I think it is the very first “foamer”I ever made.  I used insulation board, a plywood bottom board, and a White Pine head.  I think the Hard Clam (quahog up north…) was carved from a cut-off.  The bird on the left is the lifesize gunner pictured above. 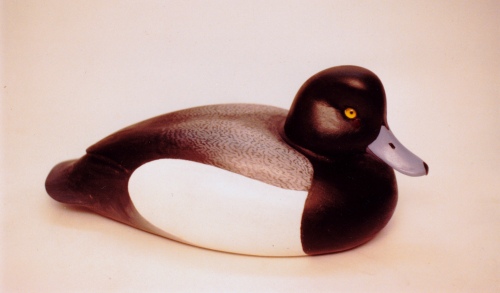 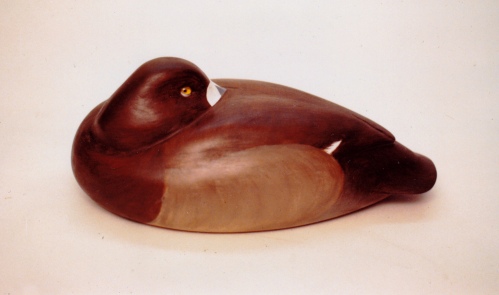 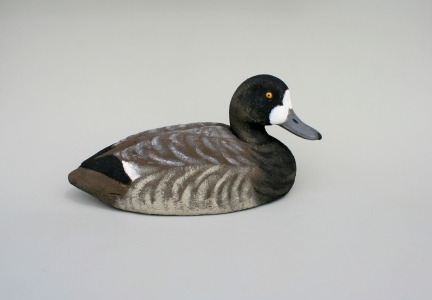 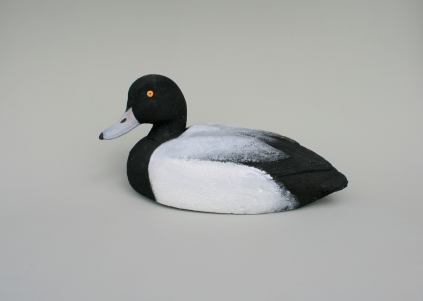 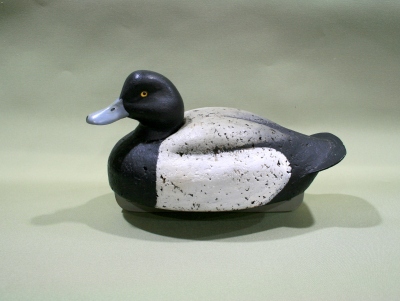 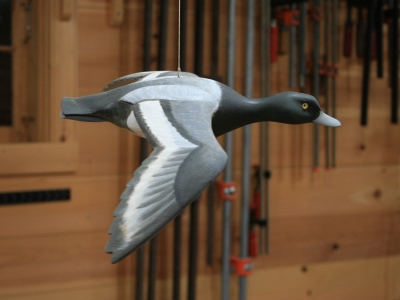 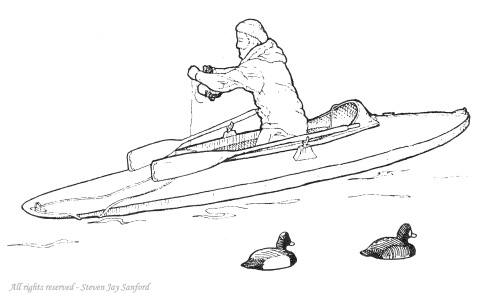 And here is our “Broadbill-getting Machine”.  It’s a 14’9″ Great South Bay Scooter built by Benjamin Hallock of East Moriches, probably in the 1920s or 30s.  It still sees the water from time to time.  More about it in the Boats & Canoes section of this site.